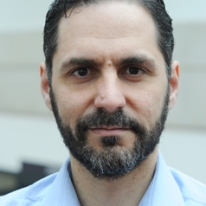 Professor Ioakimidis is also Commissioner for Education at the International Federation of Social Workers, where he is collaborating with social work educators and practitioners internationally towards the re-definition of and re-engagement with the meaning of “internationalism” among and beyond the social work community. He is also a founding member and member of the steering committee of the Social Work Action Network (SWAN), a radical social work organization which brings together social work practitioners, service users, academics and students united in their commitment to promote social justice and defend welfare rights.

Professor Iaokimidis’ research revolves around the broad theme of Social Work in Extremis, an exploration of social work practice in the context of unpredictable and extraordinary political, social, economic and environmental change. Some of the more specific areas of research interest he covers are social work practice in times of conflict (historical and current) and grassroots welfare movements in the context of extraordinary financial and political crisis. 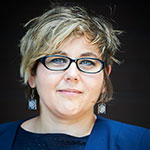 Her professional and social engagement activities focus on participation in assessing measures for people receiving social work support, access to rights by vulnerable groups, systemic and institutional analysis of the power relations in public policies.

Association of Schools of Social Work in Romania

Faculty of Sociology and Social Work